Born to Venetian parents in Lyon in 1959, Roger Muraro began studying the saxophone in his native city before teaching himself to play the piano. At the age of nineteen he entered Yvonne Loriod’s class at the Paris Conservatoire and met Olivier Messiaen.

He quickly became established as one of the leading interpreters of the French composer, towhomhe devoted a complete recording of the solo piano works, finished in 2001, that earned unanimous critical acclaim. His performances without a score of Vingt Regards sur l’Enfant Jésus and the complete Catalogue d’oiseaux are regarded as not only a prodigious feat, but also an intimate appropriation of the works of Messiaen, withwhich he identifies totally.

While he is gifted with a dazzling technique, having studied for several years with Éliane Richepin and won prizes at the Tchaikovsky Competition in Moscow and the Liszt Competition in Parma, his playing is invariably placed at the service of poetry and sincerity. His artistry, at once oneiric and lucid, imaginative and rigorous, is equally at home in Mussorgsky, Ravel, Albéniz, Rachmaninoff, Debussy and in Beethoven, Chopin, Liszt, Schumann, fromwhosemusic he extracts the full range of emotion, colours, hypersensitive Romanticismand sonic atmospheres.

Roger Muraro is a welcome guest as a recitalist in the world’s leading concert halls, andworks with today’s foremost conductors andmost prestigious ensembles. Eclectic, open to a musical world without frontiers, he now distils his experience as a pianist and his pedagogical skills for the students of the Conservatoire National Supérieur deMusique et de Danse de Paris. 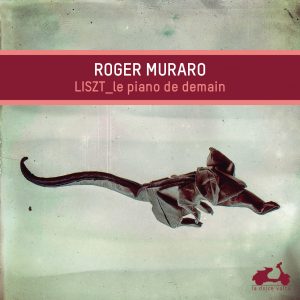 LISZT // The piano of tomorrow