The young Franco-Belgian cellist Camille Thomas was nominated for the award as ‘Instrumental Discovery of the Year’ in the Victoires de la Musique of 2014. In the same year she was selected by the radio station Musiq’3 – RTBF to represent Belgium in the European Broadcasting Union (EBU) New Talent Competition, at which she won First Prize and the title ‘NewTalent of the Year 2014’.

Along side her activities as a soloist, she also has a passion for chamber music. In 2011 and 2012 she was selected to participate in Seiji Ozawa’s International Music Academy Switzerland. She was named Révélation Classique de l’ADAMI 2010 and has also held scholarships from the Fondation Bleustein-Blanchet pour la Vocation and the Fondation Natexis Banque Populaire.

In 2015 shewas invited to take part in RolandoVillazón’s television programme onArte ‘Stars von Morgen’ (Stars of tomorrow). She studied with Marcel Bardon and Philippe Muller in Paris, with Stephan Forck and Frans Helmerson at the Hochschule Hanns Eisler in Berlin, and subsequently with Wolfgang-Emanuel Schmidt at the Hochschule für Musik inWeimar.

Camille Thomas plays an outstanding instrument by Ferdinand Gagliano dating from 1788, the ‘Château Pape Clément’, generously made available to her by Bernard Magrez. 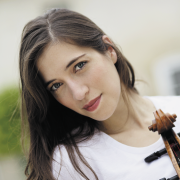 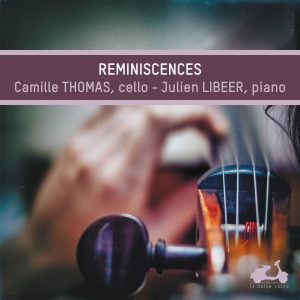