Adrien La Marca’s playing is characterised by profound expressiveness combined with an instrumental mastery that ranges over every repertory. His unique richness of sound combined with a natural charisma creates an immediate emotional bond with his audience. The year 2014 marked an important turning point in his musical life: he was voted Instrumental Solo Discovery of the Year at the Victoires de la Musique Classique. In 2016, Rolando Villazón invited him to appear on his ARTE show ‘Les Stars de Demain’, and the same year he released his first album, ‘English Delight’, on La Dolce Volta. In 2016, Adrien became the first classical musician to receive the prestigious Fondation Lagardère scholarship. He has also held awards from the Banque Populaire, L’Or du Rhin and Safran foundations. Adrien has won many important prizes at international competitions, including the William Primrose, Lionel Tertis, Felix Mendelssohn and Johannes Brahms Competitions. During the 2018/19 season, he made debuts with a number of major orchestras, namely the Orchestre Philharmonique de Radio France, Orchestre National de France, Polish National Radio Orchestra, Hong Kong Sinfonietta, Orchestre National du Capitole de Toulouse, Insula Orchestra, Orchestre National de Metz and Les Siècles. He was also the first ‘artist in residence’ with the Liège Royal Philharmonic throughout this season. Since 2013, along with his brother Christian-Pierre, he has been joint artistic director of the Festival du Forez in the Loire département. Adrien La Marca plays a viola by Nicola Bergonzi made in Cremona in 1780, generously lent to him by the Boubo Music Foundation 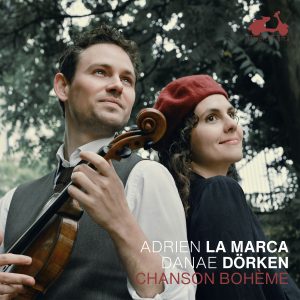 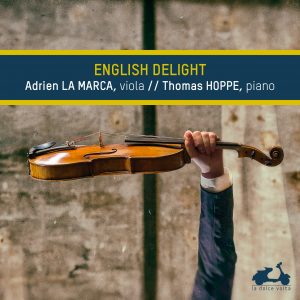 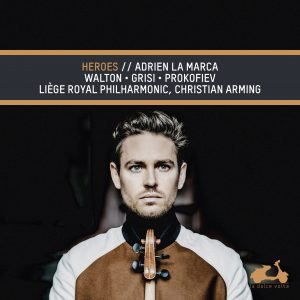