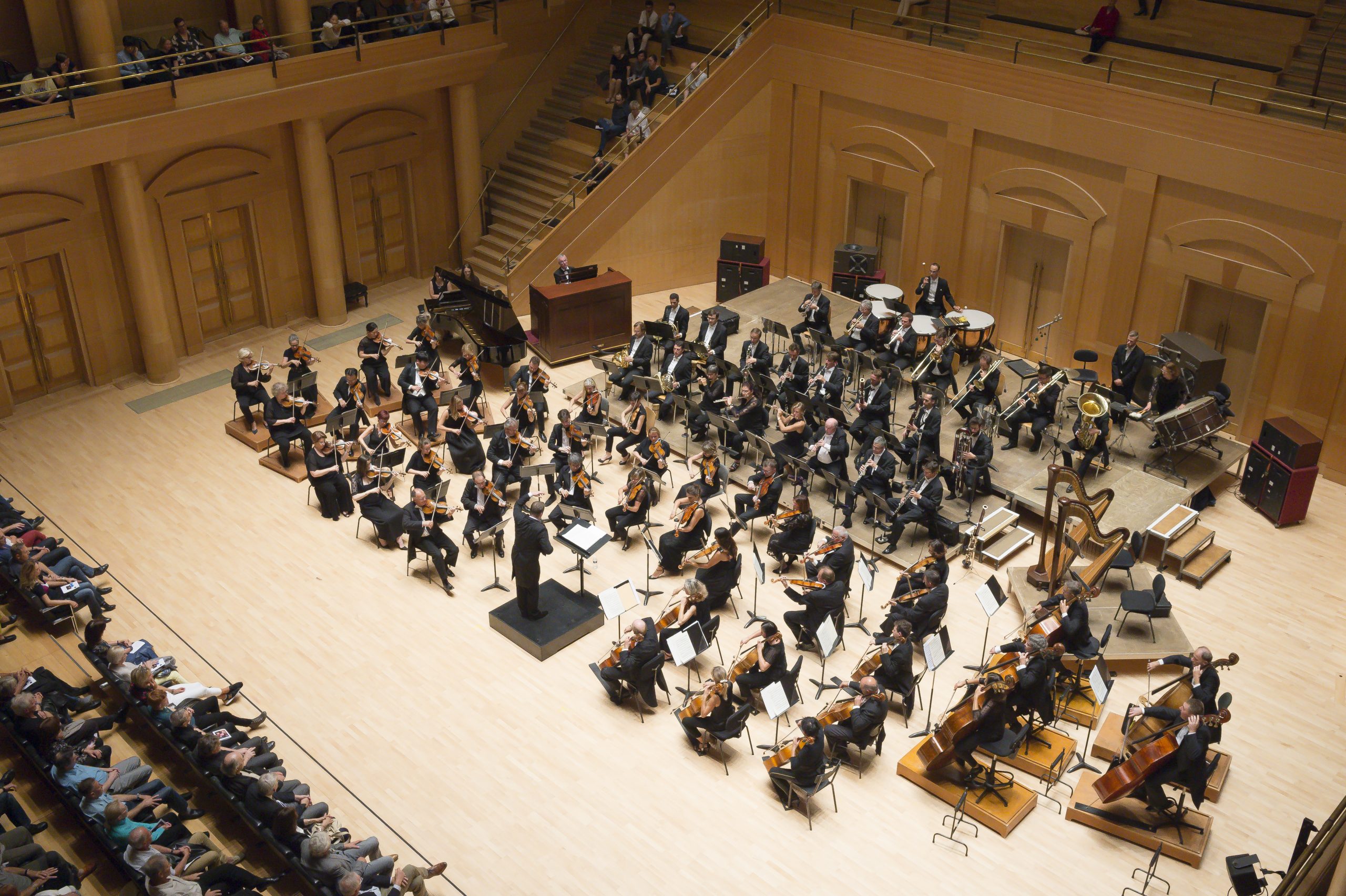 The Orchestre National de Metz, founded in 1976, is in permanent residence at the Arsenal and has its own Maison de l’Orchestre where it rehearses.

Under the artistic and musical direction of David Reiland, its seventy-two musicians give around eighty-five concerts and performances per year throughout its home region, the Grand Est, elsewhere in France and abroad. It holds the
label of ‘orchestre national en région’, and since 2016 has been part of the Cité Musicale-Metz, which, along with the three Metz Concert halls L’Arsenal, BAM and Les Trinitaires, constitutes an ambitious project as a home for all kinds of music and dance, aimed at all audiences. Artistic and cultural outreach, cultural democratisation and social inclusion are at the heart of the orchestra’s priorities: it organises numerous activities for schoolchildren and audiences who are less familiar with music within the Metz Metropolitan Area and elsewhere in the region.

The Orchestre National de Metz is administered and financially supported by a joint commission (syndicat mixte) comprising the City of Metz, the Grand Est Region and Metz Métropole. The French State (DRAC Grand Est) also contributes to its funding.