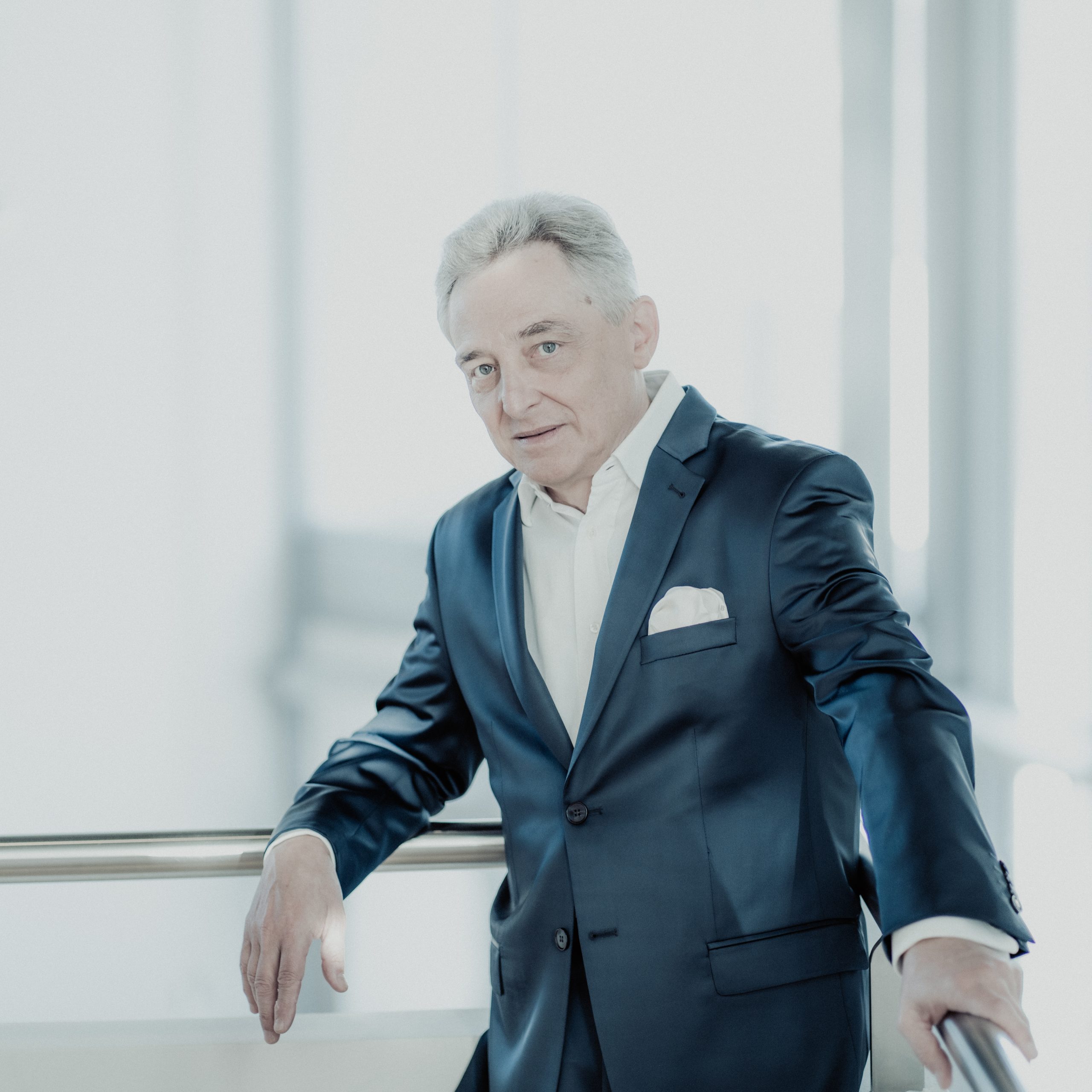 Born in Paris in 1955, Michel Dalberto was thirteen when he entered the class of Vlado Perlemuter, one of Alfred Cortot’s favourite pupils, at the Paris Conservatoire. Jean Hubeau also had a great influence on the young pianist.

At the age of twenty he won the First Mozart Competition in Salzburg and was unanimously awarded the Clara Haskil Prize. The First Prize at the Leeds International Piano Competition (where he succeeded Radu Lupu, András Schiff and Murray Perahia) sealed his reputation in 1978.

He was then invited to play in most of Europe’s musical centres with such conductors as Erich Leinsdorf, Kurt Masur, Wolfgang Sawallisch, Charles Dutoit, Sir Colin Davis, Yuri Temirkanov and Daniele Gatti. He is also a guest at major festivals, including Lucerne, Florence, Aix-en-Provence, the Wiener Festwochen, Edinburgh, Schleswig- Holstein, La Grange de Meslay, La Roque d’Anthéron, Newport, Miami and Seattle. Since the beginning of his career, Michel Dalberto has been acknowledged as one of the leading interpreters of Schubert and Mozart. Among his other composers of predilection are Liszt, Debussy, Fauré, Schumann and Ravel.

A renowned chamber musician, he plays in trio formation with Renaud and Gautier Capuçon, in duo partnerships with Boris Belkin, Vadim Repin, Nikolaj Znaider, Yuri Bashmet, Gérard Caussé, Truls Mørk and Emmanuel Pahud, and performs the piano quintet repertory with the Ébène and Modigliani quartets. In the domain of vocal music, he has partnered Jessye Norman, Barbara Hendricks and Nathalie Stutzmann. Michel Dalberto has also acquired experience as a conductor over the past few years and has conducted many orchestras in Asia and Europe.

LISZT // Once upon a time